Customers travel through a series of steps—whether they know it or not—before they make a purchase at a local business. This is known as the customer journey. For customers, the journey they undergo is not something they often think about, as they are just looking for an outlet to fulfill their buying needs. For local businesses, the customer journey is the difference between a sale and a consumer buying products/services from a local competitor. 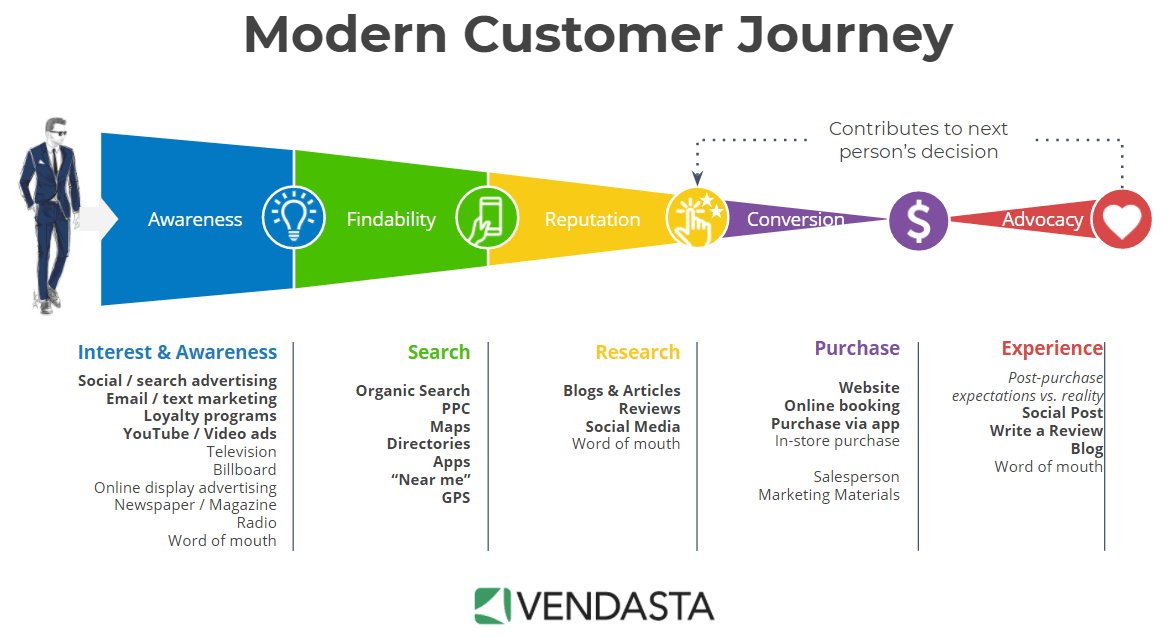 When looking at the local customer journey in 2018, we notice that there is a series of steps a consumer takes before a purchase decision is even made:

Many people think that the customer lifecycle ends at the point of sale, but that is not entirely true. The buyer’s journey continues well after the point of purchase, and the buyer has a major influence on other consumers when sharing their customer experience.

If you’re looking to see how a local business can impact or influence a customer’s buying experience then you’re in the right place.

We look to show how a local business is involved in each step of the buyer journey and will provide action items to help your local business develop lasting customer relationships.

Over time, the customer journey has changed as customers constantly find new ways to discover local businesses through advertising and fulfill their individual buying needs. One thing that has not changed over time is the presence of a stimulating moment in the customer journey—something that gets a consumer to think about a business.

What does awareness mean in terms of the customer journey? Essentially, awareness is some form of advertising that grabbed the consumer’s attention and has them interested in a product or service.

The different forms of brand awareness in terms of marketing or advertising has transformed drastically over the years.

The first paid radio ads were aired in the year 1922. Many people believe that the earliest radio commercial was the WEAF “toll broadcasting” program developed by AT&T (Voices).

The very first television ad appeared on July 1, 1941 during a baseball game on a local channel in New York. It was a ten-second commercial advertising Bulova watches and cost a mere four dollars (Quality Logo Products).

1970s → Introduction of the Personal Computer

To this day, there is still the debate as to which company or which individual created the first PC. No matter the official creator, PC technology did not surface until the late 1970s.

Marketing via phone, or “telemarketing” as it has come to be known, began in the early 1980s. In 1981, total business expenditures for telemarketing exceeded the dollars spent on direct-mail advertising for the first time (AdAge).

The early 2000s were a period of growth for blogs. In 1999, according to a list compiled by Jesse James Garrett, there were 23 blogs on the internet. By the middle of 2006, there were 50 million blogs according to Technorati‘s State of the Blogosphere report (WebDesignerDepot). This was the start of what we refer to today as content marketing, or optimizing a website’s content for search engine algorithms (SEO).

By 2004 the world has been introduced to major social media platforms such as: LinkedIn, MySpace, and Facebook. The emergence and rapid growth of social media continues as Twitter is launched in 2006. Today we see many of these platforms dominate the social media landscape.

It was not until the late 2000’s that Email marketing really took off. Following Can-Spam legislation, people are hesitant to send spam type emails. As the marketing world becomes more familiar with email marketing, the development of marketing automation comes to follow.

Skip the reading and grab the 5-exercises to help your business get found online!

2018: How Has the Customer Journey Changed Over Time? 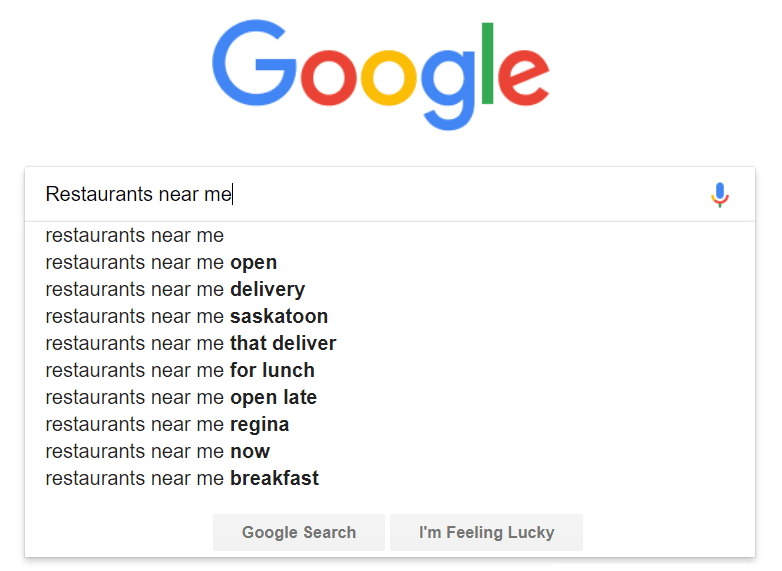 With Google and other search engines, it has never been easier or more convenient for consumers to get exactly what they want when they want it. Most of the customer journey now takes place at the fingertips of the consumer either on their mobile phone or their computer.

As mentioned above, a major portion of the customer journey involves researching a business online before a purchasing decision is made. How are consumers doing this? With the easiest and most used tool in the world for providing answers, Google.

When looking at both models, we notice that for the most part, they are largely the same - a consumer becomes aware of a product/service, gathers information, and eventually decides to buy or not buy based off of the information.

What has changed in the model is the way that consumers gather information as part of the customer journey. With Google, the access to information has never been easier and a customer’s ability to compare products, companies, or services allows customers to have greater purchasing power.

Google refers to the search and research aspect of the customer lifecycle as the “Zero Moment of Truth” or ZMOT. Google first introduced this ideology in 2011, and with this new thinking came a lot of juicy data. 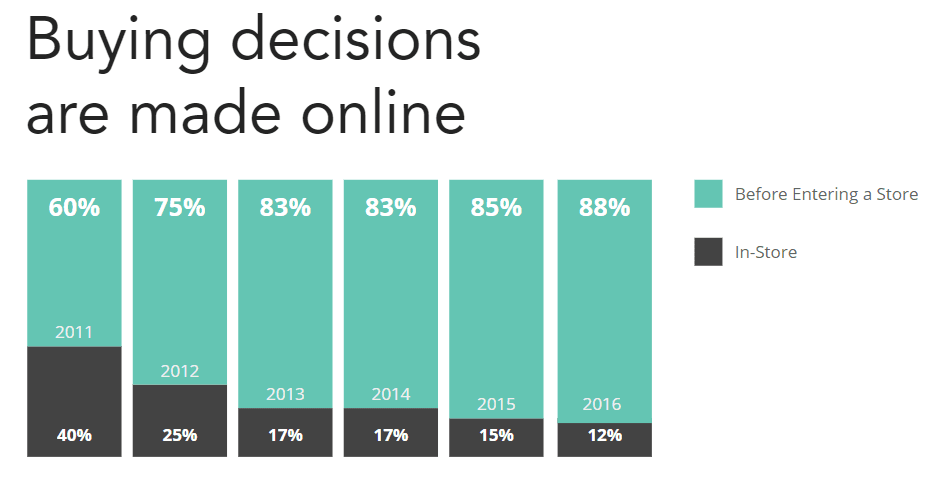 Every local business should concern themselves with their company’s online presence, it has proven to be very important to consumers worldwide. Have a look at the video below, it will help in further describing what the ZMOT is and how it impacts the customer journey.

A local business needs to be found online! Why? Because part of the customer journey involves searching for businesses and looking for websites, location, or for details on products and services that fulfill a customer’s need.

After conducting a search, the next step might be to look for hairstylists who are close to the customer’s house or workplace. When looking for the direct location of a business a customer is going to look at one thing that will tell them how to get in touch with the business either in person or over the phone, a business listing.

So a customer has searched for a hairstylist online, but they want to find out MORE about the business before they spend their money. Customers do not show up to the first business they see anymore, they spend time researching the establishment beforehand.

If a customer happens to read a lot of negativity about a business, it is likely they will continue searching for a business until they find a place they are wanting to do business with. Local establishments must be aware of the impact that online conversation has on the performance of their business and the influence that online discussion has on the customer journey.

Two of the most common research outlets are:

If a customer reads that a hairstylist used the wrong hair dye or accidentally shaved the side of someone’s head they are likely to take their business elsewhere.

“86% of people will hesitate to purchase from a business that has negative online reviews.”

If a business is active on social media, replying to online conversation, and has a glowing 4-5 star rating on online review sites they are likely to win the business of customers searching for their products/services.

If a customer has searched for a local business and done their research on the business, it is likely that they are ready to make a purchasing decision. Many businesses have moved their services to their website, including E-Commerce options that allow online purchasing.

As more and more customers adopt the online shopping lifestyle, the presence of websites and E-Commerce options become more significant. If a customer prefers to shop in-store, a website may list different brands or products that a customer can expect to see in the store.

Note: It is still extremely important for local businesses to have websites even if they choose to sell their products and services in-store as opposed to online. 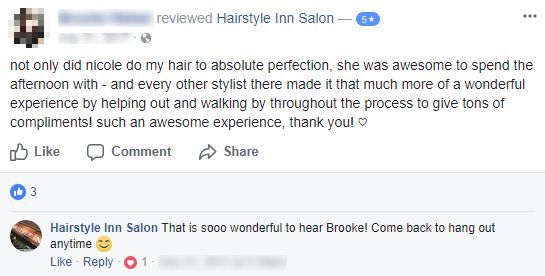 Obviously, this client had an amazing experience with their hairstylist, and they shared it with the world to see. These types of online reviews can influence other customers to do business with a local establishment. Offering a great customer experience is a business's’ greatest asset and the best source of free marketing.

This is where the Reputation phase and the Advocacy phase of the customer lifecycle tie together. One person's experience has the potential to affect the experience of many other consumers. If a customer is browsing reviews of a local business they must be nearing a readiness to make a purchase. This customer was ready to buy until they saw a few negative reviews; now they no longer trust this local business. The next step for this consumer is to find a local business who won't let them down, so they forget about Business A and convert the sale at Business B. This is what we call 'marketing for your competition' and businesses cannot afford to throw away a potential sale to a competing business!

If your business is piling up negative reviews, don’t panic! We’ve got you covered with our easy-guide on How to Respond to Online Reviews: Both Good & Bad.

Solution: A Presence at Every Step in the Customer Journey

Well, to be sure that a local business is involved at each step in the customer journey they must be present in a variety of areas in terms of marketing and web presence. At Vendasta, we like to refer to the essential components of a local business’s marketing efforts as a local marketing stack.

What is a local marketing stack? A group of technologies that a business can use in order to enhance their marketing efforts. These technologies are grouped together to fulfill a specific set of needs for a local business. For example, a local business may say "All I care about is getting more customers in the door." Well, there's a variety of products and services that can increase traffic to a business.

So, when stacking products and services for local businesses what do we look at?

Advertising Services: Do potential customers know about you?

The awareness portion of the customer lifecycle is influenced by a local business’s ability to effectively advertise. Advertising can include everything from traditional to digital. Once a consumer knows about a local business, it is more likely that they will look for more information about the business.

Listings: Can customers find you?

A customer just heard your radio ad, saw your Facebook advertisement, or noticed your billboard advertisement and they are interested in buying something from your business. A customer will search for your business online looking for a store location, hours of operation, or a phone number to call to get in touch.

Reputation Services: Do customers trust you?

Online reviews are a great way for customers to understand whether or not a business offers good customer service. Nobody wants to spend their money at a shady business, and customers will look to see if a local business is positively received by other consumers.

Your great-aunt may absolutely love shopping for hand soap at a local shop, and she isn’t shy about sharing her admiration of the local business to her entire Facebook friends list! Local businesses must be sure that they not only acknowledge social media activity but utilize online conversation to frame their brand positively.

If a customer has made it to the point of a potential sale in the customer journey then it is time to close the deal. Having a website provides a means of purchasing for businesses with online stores, offering a seamless transaction. A web presence can also direct potential customers to purchase in store.

CRM/Loyalty: Will they remain loyal?

Loyal customers are the customers who spend the most and visit the most frequently to a local business. The ability to retain customer support is something that every local business should work towards. 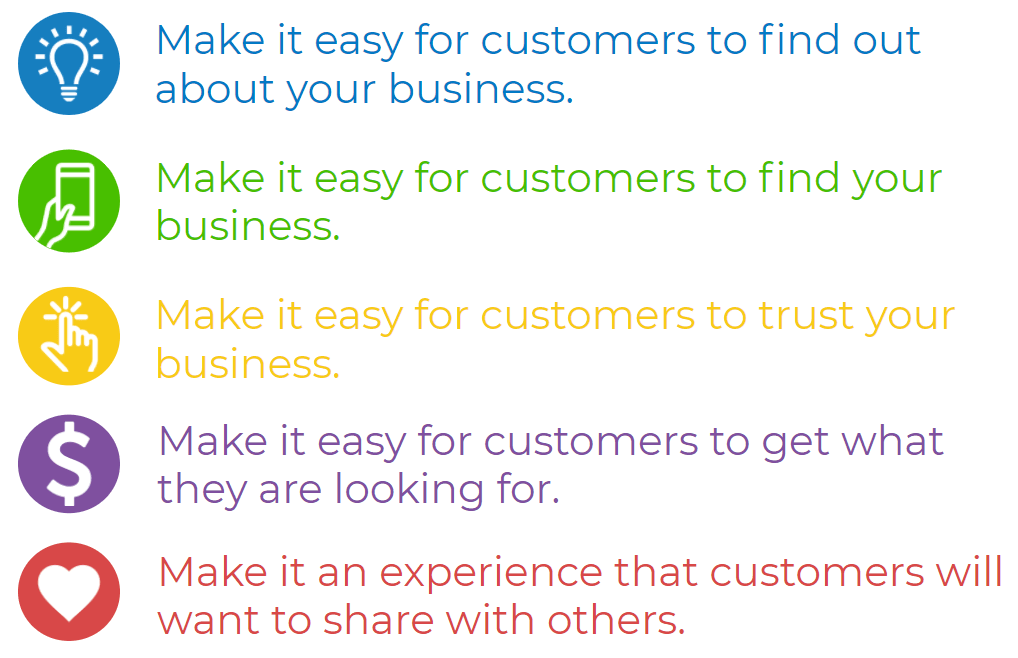 Zach is a former content strategist with Vendasta. He is fascinated by digital marketing, international studies, and exploring the relationship between technology and business.