Conquer Local launched in 2018 and has since evolved into an ecosystem of support and resources for experts who serve local businesses. In December 2021 Conquer Local hosted Connect; a global virtual event for partners, community members and local experts. A highlight of the agenda was a panel of Vendasta’s most engaged partners, who came together to discuss some of the triumphs, the challenges and learnings from the past year. Here is an edited version of their conversation hosted by Senior Manager of Community at Vendasta, Colleen McGrath. 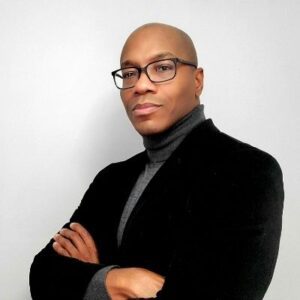 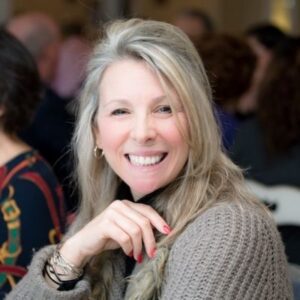 How has Conquer Local impacted the growth of your business since you've joined?

“I have been in traditional marketing for more than 25 years. The opportunity to join Vendasta and the Conquer Local Academy, has really let me expand my horizons,” says Digital Business Evangelist & Principal at Creative Canvas Media Cathy Poturny.

“I was able to tap into the network of partners. The community is a safe space and you have to make sure that you go in with both feet. Don't think if you hold back, it's going to help you, and don't be shy. Get involved with other partners that know more and less than you because you can learn from everybody.”

What do you take away from stepping up as a mentor and advisor to new Conquer Local community members?

“I'm like a walking, breathing testament to the law of reciprocity. I've been around since before there was a Conquer Local community. I didn't have resources like there are today, so I had to go out and find seasoned individuals who were willing to mentor me and help me navigate this sea of confusion that was running an agency,” says Founder & CEO at KorUnlimited Robert Davis.

“I've been very fortunate with not only my own family and friends, but the Vendasta family to have found some really key people who have brought me along and showed me the roadmap to avoid the landmines early on. It was just natural for me to want to give back. Some people say pay it forward, I'm more about throwing the rope back because the rope was thrown back for me. So it's been a wonderful experience so far.”

Davis shares a philosophy he teaches at home to explain how he approaches interactions with the Conquer Local community.

“I told my kids when they were much younger, if we were invited to someone's home, whether for a holiday, event, or even just a social event, I would always tell them that it’s up to our host to make us feel welcome in their home.  But it's also important for us as guests to be engaging and let our hosts know that we want to be there. We want to show them we’re appreciative of being part of their event and we're not going to be shy. We’re going to ask if we can help them set up, clean up and we’re going to communicate with others in the room.”

What has been your biggest accomplishment since joining Vendasta ?

“We joined in December 2020. It has been one year that we have been with Vendasta, and what a year it has been. The entire year is my accomplishment, from us searching for solutions and discovering Vendasta, to the conception and birth of Cerberus. I now have the freedom and flexibility to work and collaborate where I want, when I want. As long as I have cell service or wifi, I'm good to plug in,” says Co-Founder & CEO of Cerberus Digital Media Ryan Blitz.

Can you share a story of a customer you've delighted recently, and then perhaps some of the tools that you used to make it happen?

“I have a client that was paying $5000 a month for digital advertising. Their website wasn't right. They had no strong listing management. They had no Google My Business. They had no real reviews and they couldn't understand why they weren't getting more business. So I had to break the ice, pull it back, and tell them what they needed and why.  If you're throwing water into a rusty bucket with holes, what have you got? A puddle underneath it and that's it. With our foundation and our dashboard, we can show them the value and examine in-depth which levers are actually helping to move the needle,” Poturny says.

“Trying to figure out a solution for advertising for a client of ours that is in the health and medical field was a very interesting navigation. They came to us with an ads budget in mind. It turns out that for their particular vertical, they would actually de-rank if they were to run an actionable digital ads campaign. That was a tough conversation to have. Instead we came up with a solution utilizing the tool kit and some custom content creation to have an organic approach, so that they can do their advertisements and still rank higher for what they want to be found for, without taking any of the negative impacts from getting caught up in a digital ads campaign. So being able to collaborate with them and our partners for me was a huge win, and the client is thrilled. We are now hosting and supporting their website and everything that goes along with that. They were happy to have the feedback and were thrilled to have our solutions. They trusted us and it’s been a very positive experience.” Blitz says.

“Every week, I get in front of a networking organization I’m a part of to talk about my services. I talk about marketing, the importance of having a branded email, a branded URL, of having a consistent message, look and feel throughout your marketing. I wasn’t sure if my message was resonating but two weeks ago, I got approached by no less than four members of this group reiterating things that I've been saying over the past year. The consistency of my messaging and the persistence of not trying to change with the flowing wind really began to bear fruit. I've since signed on an accounting client because of it and he's already sent me three referrals,” Davis says.

How has the Conquer Local ecosystem impacted you on a personal level?

“It's a resource and a support structure, but it's also a networking group. We're a community of competitors, but we're also friends, coaches, mentors. That makes navigating new territories fun and exciting. The community is a rising tide lifts all ships kind of deal, and everybody is there to either learn, support or find solutions. It's a very positive place,” Blitz says.

“The community gives me a sense of belonging. We're all for the most part entrepreneurs, or solopreneurs, we're running agencies. We're tasked with a lot of objectives, our positioning, our messaging, the products that we're going to offer our clients, the experience that we want our clients to have with us. All these things are very overwhelming and they create a lot of anxiety. To be able to step into a room of like minded individuals, people that are going through some of the same trials and successes is good because they can offer the right type of constructive criticism, the right type of support and insight, it's been priceless,” Davis says.

It's about propping people up. It's about giving them confidence, giving them reassurance, and making them understand that they're valid,” Poturny says.

If someone was starting with Vendasta today, what would be the best piece of advice for them?

“Join the community with everything that you've got,” Poturny says.

“The academy and community are invaluable, you will get back what you put in,” Blitz says.

Nicole Lauzon is a Content Marketing Manager at Vendasta and has spent the last decade of her career helping local businesses tell their stories. Kickstarting her professional journey as a writer and producer for a major Canadian television network, Nicole would later spend five years as a PR Agency Creative Director, managing brand journalism, social media, blog and video content for corporate, non-profit and local business clients. Whether Nicole is marinating over her next piece of writing or enjoying some down time with her family, she likes doing it in floral print.

Read more to discover the top trends and challenges facing the MSP industry in 2022 with expert insights from Vendasta’s Andrew... Read More