"Pokemon Go (PoGo) is the most anticipated mobile game of 2016. Checkout the trailer if you're not sure what it is before we dive into how marketing augmented reality may be the next big thing."

Pokemon Go (PoGo) is the most anticipated mobile augmented reality game of 2016. On July 7, it was released to the United States, Australia and New Zealand. Android users in other countries frantically started downloading the game off third-party sites just for a sneak peek. Some would say delaying launch to some countries is an incredible strategy used to market augmented reality. Others might not.

Living in Canada, I didn't get early access to the game (#ThanksTrudeau), and I found myself downloading the third party version of the game. Right after installing it I managed to catch a Pokemon sitting next to Heidi's desk. Zach was looking at Facebook and saw that a local radio DJ caught one in the park. Nykea was rolling with laughter at the social posts of new player foibles. This is the buzz of a new augmented reality game combined with one of Nintendo's super heavy pieces of IP, and consumers are going a little crazy (seriously—I probably have a virus on my phone now. What was I thinking??).

Let's take a step back and get some background information.

What is augmented reality?

Augmented reality is the integration of digital information over top of an existing physical space in real time. Think Snapchat filters or face swaps. Games like Pokemon Go are referred to as augmented reality games, or ARGs. These ARGs take data, combine it with your GPS coordinates and give you an augmented view of the world around you that presents all sorts of interesting objectives to complete. While marketing augmenting reality is still a niche area to spend efforts in, it is definitely something on the horizon that could shape the future of marketing.

The adage that marketing has changed more in the last five years than it had in the previous 50 was due to huge advancements in technology. Many people in the marketing world couldn't anticipate the changes that were coming, even as new technology started flourishing. Recognizing the potential of AR early and seeking out creative marketing opportunities could be a game changer for on-the-ball companies.

Why does this industry matter?

How does Pokemon Go fit into marketing augmented reality?

If we look at the Pokemon Company for a minute, their annual profits are around 1.5 billion dollars.  They wanted to pivot towards mobile gaming, and they were looking to connect with an industry expert in augmented reality for a real world rendition of their exceedingly popular IP. This is a simplified explanation, but now you have some context—big business looking for help to enter a new market.

Not many people have heard of Niantic Labs. I know what you're thinking—"do I even want to know what Niantic Labs is?" It sounds like a chemistry firm pushing the limits of polymers used to make balloon animals. While that's mildly interesting, there are really better things to do with your time than read about the bleeding edge of the balloon animal industry.

Niantic is much more interesting than balloon animals.

Ala Wikipedia, they began as a Google startup in 2012, and eventually went on to become an independent entity in 2015. The name Niantic was borrowed from a Gold Rush era whaling ship. Quaint and charming, right? It paints a vision akin to the Call of the Wild if it was set in California and the sled dogs were angry programmers fighting over whether to use tabs or spaces.

Much like the modern day mobile gaming practice of hunting players with money to burn, when the Niantic roamed the seas, it was common practice for whalers to collect a waxy substance from a sperm whale's head cavities (which in normal use allowed them to maintain buoyancy). Burning this waxy fluid was considered the best available light source, as it produced a clear odourless flame—the alternative was burning rancid fats, which, while much more readily available, probably kinda sucked. In a modern context, mobile gamers have a choice between burning the rancid fats of a free-to-play experience, or become a whale for a clear odourless pay2win fun time.

Since the inception of Niantic, they've been working on marketing augmented reality gaming. Their flagship product is called "Ingress," which is defined as a "a place or means of access; an entrance." In a nutshell, it's a mobile game that overlays extra information onto Google Maps that players can interact with. Further down the rabbit hole there are plot devices, power-ups, factions (Enlightened vs Resistance), time based events and all the things that make a game compelling. At the surface level, Niantic created a location-based game. In theory this seems like a cool way to pass the time or a good distraction while walking the dog, but in practice, the game is a huge time sink. Once people start playing they never really stop...

How does Ingress/Pokemon Go work?

In practice, Pokemon Go is Ingress with the use of Nintendo's intellectual property. The locations for "Poke Stops," where players collect items, are based off of the existing database established for Ingress, which in turn are from the historic marker database (hmdb.org).

Historic markers tend to be in parks, near statues or placards, but there are thousands more with a "Hey look at that!" quality to them. Here is an example of one titled "Super Pig." Historically significant? #nailedit. Players fight over the portals, claim them and then setup force fields to protect them from other players. All of this happens while they stare into apps like Google Maps, and wander around while hopefully not getting hit by cars, walking into a post or losing their dog, child or significant other in the process.

There are already screenshots flooding community sites like Reddit about people playing Pokemon Go, trying to catch something near military bases, or that appear in a stranger's home or accidentally throwing their phones onto the road while trying to throw a pokeball.

I know what you're thinking.

"It's dangerous and highly addictive. Why isn't this thing regulated by the government?" Just kidding.

What you're probably thinking is...

How can marketing augmented reality help your clients?

Facebook and many other services already offer location based marketing, which offers tremendous ROI. People can see an ad on Facebook, go to the business location and their smartphone will tell Facebook through geo location that they've converted as lead for that business. While this functionality isn't directly embedded into Ingress or Pokemon Go yet, it definitely could be something to watch out for in the future.

The demographic of users playing Pokemon Go are going to be mostly students in high school and college students, but the whales are more than likely going to be between their mid twenties and thirties—the ones who grew up with Pokemon in the 90s and are looking for a nostalgia kick while they exercise. Trends like Pokemon Go or whatever the flavour is next week are easy for small to medium local businesses to pick up quickly without a lot of committee activity approving messaging that large businesses face.

Without ROI based location services, there are still a number of ways you can help your clients by marketing augmented reality through low-tech methods:

That's it on marketing augmented reality for now. Post a comment below if you have additional suggestions, or send me an email (abissonnette@vendasta.com) or SUBSCRIBE to the blog and let me know what you think about this post (Like it?  Hate it? Love it? Let me know).

To send you off - here are some screenshots of some Pokemon Go foibles you might want to share, or at the very least snicker at while you wait for the game client to download.

Best place to find an exeggcute

Don't be that guy

Even the police are keeping up with the latest trends

I think PoGo qualifies as a drug

Someone called 911 to report a suspicious driver. It turns out he had a concealed weapon.... and was playing PokemonGo 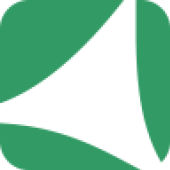 Adam is Vendasta's only Marketing Technologist so you can imagine all the exciting projects that he gets to tackle on a daily basis. Before starting in January 2016 he ran his own digital agency and was a partner on the Vendasta platform. He's always on the lookout for new insights into the GA/GTM/DataStudio stack and solving attribution challenges across Vendasta's funnel.

7 Ways to Keep Yourself from Stressing During COVID-19

Cold Calling on the Couch to Multi-Million Dollar Business